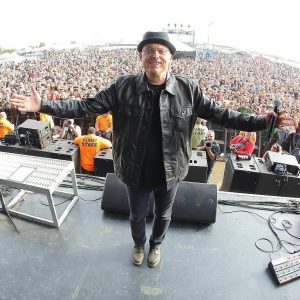 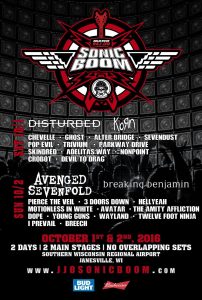 It was a triumphant return to Sonic Boom 2016 in Janesville, WI. The two day festival on October 1st and 2nd 2016 found LB interviewing and photographing a Who’s Who of hard rock including Disturbed, KoЯn, Avenged Sevenfold, Breaking Benjamin, Chevelle, Ghost Alter Bridge, Sevendust, Pop Evil, Trivium, Parkway Drive, Pierce the Veil, 3 Doors Down, Hellyeah, Motionless in White, Avatar, The Amity Affliction, Dope, Young Guns, Wayland, Skindred, Adelita’s Way, Nonpoint, Crobot, I Prevail, Devil to Drag, and Breech. Gratitude to WJJO for bringing LB in once again to host and hang. Thanks also to the rockers of Wisconsin for all the love!