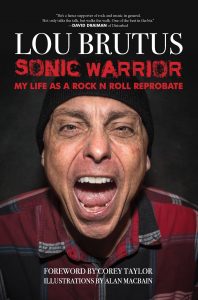 On April 14, 2020 Rare Bird Books of Los Angeles will publish Lou’s long awaited memoir SONIC WARRIOR: My Life As A Rock and Roll Reprobate (Tales of Sex, Drugs and Vomiting at Inopportune Moments).  The book is a collection of insane-but-true stories from his decades in the music biz. It includes chapters like “The Time Our Tour Bus Ran Over A Guy on the NJ Turnpike,” “The Time Snoop Dogg Got Me So High I Drooled in My Own Lap” and “The Time I Went to the Arctic and Got in A Mosh Pit with A Bunch of Kids in Polar Bear Fur While Metallica Sang About Sodomizing A Goat.” A full list of chapter titles is below. The Foreword is written by his friend Corey Taylor of Slipknot and Stone Sour. Plus, there will be an original illustration for each chapter by Lou’s longtime partner-in-artistic-crime Alan MacBain.

Watch this space for listings of Lou’s book signing appearances.

Early press mentions for the book include Inside Radio, GetRocked.net, RevenantMedia.com, and numerous blogs. 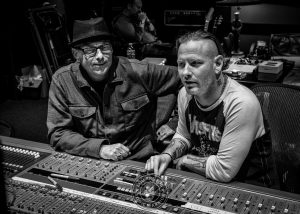 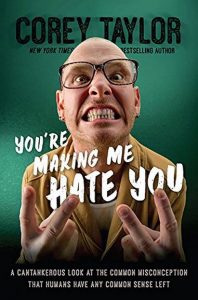 “You’re Making Me Hate You” is the new book by one of Lou’s favorite human beings, Slipknot and Stone Sour lead singer, Corey Taylor.

Corey is embarking on a solo tour that will include readings from the book along with music. He’s also invited Lou to host a special event.

On Wednesday July 8th, Bryant Park in New York City will feature Corey and Lou as part of their venerable Word for Word author series.

No one is quite sure exactly what these two have cooked up for the event but, rest assured, it will be different.

To find out more about Corey Taylor’s entire book tour, as well as all the other magnificent madness in his career, go here.

UPDATE: The event was sick! Thanks to all! 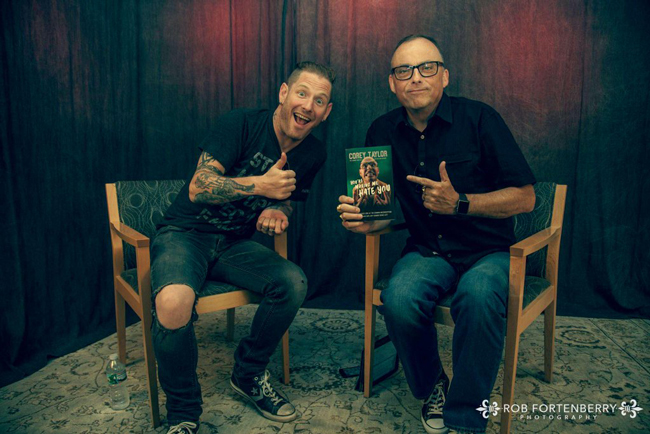