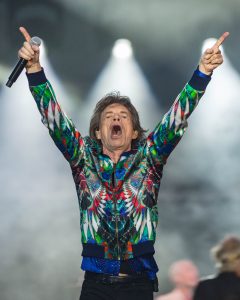 It was a whirlwind eight-day drip for your friend and humble narrator to one of his favorite places on the planet: London, England.

“I must say that I had a splendid time in London. It truly is one of the best places on Earth. Although I would have liked to have seen more, I did make it to Buckingham Palace, 10 Downing Street, the British Museum (where I saw the Lewis chessmen!), the Imperial War Museum, Big Ben, London Eye, Tower Bridge, Tower of London, Millennium Bridge, St. Paul’s Cathedral, the Battle of Britain Memorial, and Paddington Station among other places. Got to watch the Changing of the Guard, do High Tea at Fortnum & Mason’s, and watch England in the World Cup down at the pub. Also managed to make it to Oxford where I caught the J.R.R. Tolkien Exhibition, visited the author’s gravesite, and drank at his favorite pub The Eagle and Child. There were also some film locations I saw including “The Prisoner,” “Notting Hill” and “Tinker Tailor Soldier Spy.” Finally, I got some Rock N Roll in with a visit to Abbey Road Studios as well as concerts with the Rolling Stones and Stone Sour. However, there is still much more to see so I hope to make it back soon, but for now it’s home to my little Darla! Many thanks to both Virgin Airlines and St. Ermin’s Hotel for being so awesome. Cheers, mates!”

To find Lou’s posts and photos from the trip, including his incredible images of the Rolling Stones, just search for the hashtag #BrutusOverLondon on his social media accounts.