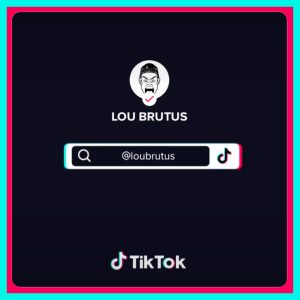 Wanna see some of the coolest and rarest music memorabilia in the history of Western Civilization? Check out @LouBrutus on TIKTOK! He’s primarily using his account to post pieces from his fabled collection of concert and music industry souvenirs. Hit the links to see a mask from Paul Gray of Slipknot, a guitar signed by all four original members of Motley Crue, an autographed makeup kit from Mudvayne, a hand-decorated tambourine from Stevie Nicks, an original 1976 “Destroyer” poster autographed by all of KISS, a backstage sign from the Molson Polar Ice Beach Party tagged by both Metallica and Veruca Salt, as well as a Jim Root stage guitar from the first Slipknot tour that’s been signed by all nine members. There are tons of other vids and Lou is adding several new ones each week. Follow his account here.

Brutus will be taking time over the holiday season to further organize this collection of ticket stubs, backstage passes, laminates, set lists, posters, guitar picks, and the other music memorabilia. He estimates there are more than ten thousand individual pieces all told. The plan is to present a proposal in January 2023 to publishers for a coffee table book of the pieces entitled One Man – Three Thousand Concerts: The Greatest Collection of Rock N Roll Shit in History. Interested publishers can reach out directly to Lou’s agent in the literary world Bob Diforio of the D4EO Literary Agency here.