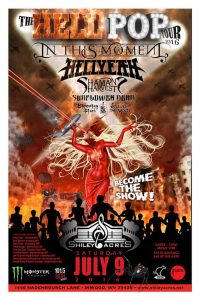 Brutus returned to Shiley Acres, WV to co-host The Hell Pop Tour 2016 with In This Moment, Hellyeah, Shaman’s Harvest, Sunflower Dead, Bleeding Back and Silence the Mind. It was his first trip back to the area since a Hellyeah stop there back in 2014. Major props to the crew at 101.5 Bob Rocks for bringing LB in for the show. Thanks also to Rob Fortenberry Photography for capturing images of Lou on and offstage. Finally, love to the music fans who showed up and set the record for the biggest show ever in the venue’s history. 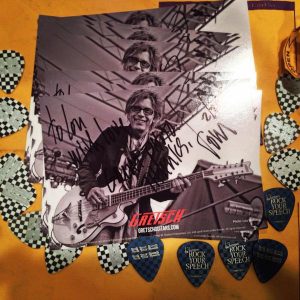 Brutus is back on the road Saturday October 18th, 2014 for an incredible night of rock in Springfield MO.

Q102 Rocks the Oasis will feature performances by Aranda, Devour the Day, We As Human, Starset and Shaman’s Harvest. Lou will be onstage as host and in the photo pit as well.

Showtime is 7pm. Get ticket information here. See you there!