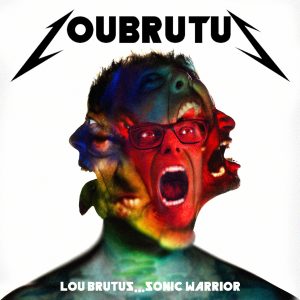 Metallica has released their new album “Hardwired…To Self Destruct” on their own Blackened Recordings. To help celebrate, they’ve relaunched their Mandatory Metallica channel on SiriusXM and (once again) brought Lou onboard to program it.

Of the album Brutus said, “It is easily their finest record since ‘The Black Album’ and includes what I feel is one their best songs of all time ‘Spit Out the Bone.’ It’s an honor to be asked by the band and their management to help blast this thing out to all of North America.”

LB has a long history with Metallica going back to the early club days. He has been on hand for many of their most historic performances including The Freddie Mercury Tribute show in London, The Million Man Mosh in Philadelphia, The S&M concert at NYC’s Madison Square Garden, Grimey’s Basement in Nashville TN, and the legendary Molson Ice Polar Beach Party in the Arctic village of Tuktoyaktuk, Canada.

This limited-engagement channel can be heard on SXM 40.

UPDATE: The channel’s run has been extended due to the overwhelming response! You can hear it thru 3AM on Monday November 28th.